Breaking News
Home / health&fitness / Is Your Kid Overweight? Obesity Can Expose Your Child to the Risk of Type-2 Diabetes

Is Your Kid Overweight? Obesity Can Expose Your Child to the Risk of Type-2 Diabetes

11 of the Biggest Myths About Pregnancy and Childbirth

The 10 Best Workouts for People Who Hate to Exercise

Research suggests that kids with a healthy body weight tend to feel happier and are fitter in their later life. Their risk of developing lifestyle diseases is also considerably lower as compared to kids who are overweight. Excessive body weight during childhood can expose your child to a host of health issues. Not only does it meddle with the development but can also trigger bullying and low self-esteem. It is extremely important to make your little one understand the importance of a balanced diet. As children learn a great deal form their parents, you will have to practice healthy habits to encourage you child following your footsteps.

There are many ways through which you can ensure a healthy lifestyle for your child. Make sure that your little one gets a balanced meal with all possible macro and micronutrients. Cut down on television, video games and screen time; encourage outdoor activity. Make sure that your child takes proper sleep and doesn’t overeat. Spend quality time with your child and be sensitive toward his/her emotional health.

In a recently published study, experts from King’s College London link childhood obesity with development of Type-2 diabetes in later life. “A child with obesity faces a four-fold greater risk of being diagnosed with diabetes by the age of 25, than their counterparts who have normal weight,” lead author Ali Abbasi, King’s College London. 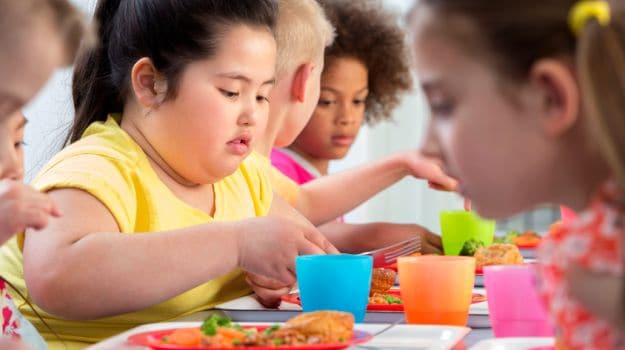 For the study, the team examined BMI measurements, diabetes diagnosis records, and other relevant data for 369,362 children between the ages of 2 and 15. Criteria to determine obesity in this study was dependent on the child’s age – obesity was classified as having a BMI in the top five per cent of the population for their age, as measured by a 1990 study of British children.

Researchers also found that 1,318 children were diagnosed with Type-1 diabetes during the same period. As expected, they found no association between obesity and the incidence of Type-1 diabetes, which is linked to an underlying autoimmune disorder.

7 Simple Workout Moves for Toned Arms You’ll be strutting around sleeveless in no time. ...

Powered by WordPress | Designed by Tielabs
© Copyright 2020, All Rights Reserved